A Late Night With Ozzie

Something's brewing in. Care to find out?

Shortly after ten o’clock at night, I stepped onto the gravel driveway on Edna Krawitz’s property. The white barn, in the distance, contrasted the dark greens of the surrounding fields. A thunder shower had just passed, increasing the humidity and taking the breeze to the other side of the mountain. […]

[…] I hefted my tool bag from the back of the van. Its familiar weight and sound of clanking metal calmed me. I regretted wearing a long sleeve shirt in this unseasonably warm weather.

Gravel crunched under my rubber boots as I walked the path to the farmhouse. It wound through a well-tended garden of fragrant night blooming jasmine which reminded me of playing outside in the summer, catching fireflies in jars. I adjusted my green baseball cap and tapped my plastic name tag before stepping onto the porch.

“I’m not interested in buying whatever you’re selling,” said Edna standing next to a raised garden bed to the side of the porch.

“I’m not here to sell anything,” I transferred my tool bag to the other hand. “Ma’am, I’m here to unclog a toilet.” Edna’s spiked white hair reflected the moonlight. “I called Finley and you’re not her,” she replied. “She’s older and scrappier than you. Don’t tell me you bought her out,” she said as she walked toward me.

“No Ma’am. She passed away last month. I’m her daughter Ozzie.”

Edna lifted her chin and squinted.

I removed my Downstream Plumbing cap. Wisps of dark red hair fell out of my ponytail.

“What a shame.” Edna pulled off her leather gloves and tucked them into her back pocket.

“I promised Mom to keep answering the business phone until customers stopped calling.”

“That’s a lovely sentiment, but I don’t have a clogged-up toilet.” Edna headed toward the barn. “If you really are here to clear a clog, follow me. Otherwise, get the hell off my property.”

I stuffed my ponytail back into my hat and hustled to keep up with Edna’s sewing machine steps. I wriggled my shoulders trying to unstick my shirt from the sweat on my back.

At the barn door, she passed the palm of her hand over a number key pad. It lit up and the lock clicked. The barn door slid open.

I followed her through the doorway. The door locked behind me. The squishing sound of my rubber boots on the cement floor echoed off massive stainless-steel containers that filled most of the space in the barn. Goosebumps raised on my skin as a rush of cool air blew from overhead vents.

“I love these tanks,” said Edna as she patted the closest one. “They remind me of my late husband, Herman.”

“You run this place by yourself?”

I never worked on anything but bathrooms. I wasn’t sure if I could fix Edna’s problem without using magic. This could become an uncomfortable situation with one of Mom’s oldest customers.

“What are you making?”

A well-lit staircase led to a control room in the basement. Pipes came in from the ceiling and ran along the wall. “There’s my Herman,” said Edna as she pointed to a black and white picture on a table. “Would you like a beer?”

I usually didn’t drink beer, it made me flush and sweat.

“That’s what I thought.” Edna opened a door and stepped inside a walk-in refrigerator.

I noticed the other picture. Edna and Herman stood on the beach next to an older woman. They all looked happy. Edna came out of the cooler with two amber bottles. “Let’s toast to your mother.” She popped off the caps with a wave of her hand. Edna lifted her bottle toward me. “To Finley, the world needs more badass firecrackers like her. Even though she was narrowminded.” She drained her beer in one breath.

A hint of citrus lingered on the back of my tongue.

“My late husband and I developed this recipe.”

“To Herman,” I said as I raised my beer.

“Unfortunately, he was killed by a drunk driver.”

We toasted to Herman in silence.

“Over here.” Edna pointed to a large pipe. “The venting pipe is clogged, so I can’t transfer the beer from the fermentation vats into the aging barrels. I’m under contract to produce ten-thousand barrels a year, so I can’t afford to lose any production time.”

“I’ll get it cleared right away,” I said as I put my beer on the floor. “I’ve never heard of a brewery under contract. Who’s your contract with?”

“The government.” Edna turned to leave. “Herman stored tools in the locker in the corner. Go ahead and use anything you need.”

“I’ve got everything I need in my tool bag.”

Edna went up the stairs.

I looked for an easy way to open the pipe while I put on my gloves. The closest coupling was near the ceiling. I dragged a chair over and climbed up. I expanded my biggest wrench and it wasn’t even close to fitting the pipe. I knew it would be easier to use magic, but I wasn’t taking the lazy way. I took a mental inventory of all the tools in the van and none of them would fit. I hopped off the chair and rummaged through the locker and found a wrench as long as my arm.

+29 people subscribed through this story in the last 24 hours

After clamping the wrench in place, I used my body weight to increase the torque on the coupling. Now, chilled from wearing a sweat covered shirt in a climate-controlled room I pulled on the wrench. Even though it didn’t budge, I appreciated the exertion. I sat in the chair dripping with sweat and drank half my beer.

I wished the coupling would loosen up and not be such a pain. I climbed back on the chair and the coupling was loose. It must have loosened when I jumped off the chair. I removed it and looked into the pipe with my flashlight. I couldn’t see anything.

Next, the drain-snake coil scraped and ground into the pipe until it hit the clog.

It wasn’t far into the pipe. I pulled and wound a few times, hoping to break it up and get back into my van as soon as possible.

I reeled and fed the coil. It jerked out of my hands and further in. I looked into the pipe. Two red eyes peered back at me.

“Need another beer?” Edna startled me; I hadn’t heard her come back downstairs.

She went into the cooler.

Even though my mother wouldn’t approve, I thought if I used one spell, I’d be done and back in my van. It had been years since I experimented with magic; with Edna so close, it was a bad idea.

Edna returned with the beer. “Here you go. I see you learned how to get things done from your mother.”

“My apprenticeship began as soon as I learned to walk. She taught me everything I needed to know.” I straightened my hat and pulled my gloves up

A skunk strolled down the stairs.

“Her name’s Mrs. Whiskers.” Edna bent over and stroked her like a cat. “She was the first skunk we rescued.”

“We found her in the barn as a kit, tiny and alone.”

“Why don’t I smell anything.”

“I milk her mercaptans every week. It keeps the smell under control. Skunk spray is a valuable substance.” My second beer tasted better than the first. I felt relaxed and alert.

“Have you reached the clog?”

I didn’t want to tell Edna about the eyes in the pipe. “Who’s with you and Herman in the picture on the table?” I asked.

Edna took a long pull on her beer and burped. “My mother.”

“The woman in the picture is your grandma.”

I wanted to get a better look at the picture and stepped on the coil. There was a squeak from the pipe.

A loud pop rang in my ears.

The lights went out.

There were devil eyes looking at me from inside the pipe, the lights were out, and Edna was my relative. All of this combined with excessive sweating and the beer zapped my energy. I fell to the floor.

“Stay put Ozzie.” A faint light grew from Edna’s palm and strengthened, casting the room into shadow. “I can only cast one spell at a time.” Edna held a ball of magical light in one hand and sipped her beer with the other.

“Did you hear the squeak?” I asked.

“It has to be Mrs. Whisker’s kit. She’s been missing since yesterday.”

“Whatever, it has eyes. I can’t us the drain coil, it will stab it.”

I stood and raised my hands; palms facing the pipes. Nothing happened.

“She’s going to die. Clear your mind and focus on the pipe.”

I held out my hands, cleared my mind, and concentrated on the metal’s internal structure.

I held my breath and exhaled slowly. The pipe expanded and distorted. The drain-snake slipped out. The kit dragged itself to the edge of the open pipe. It jumped off the pipe. Two paws felt wet and soft on my face, and its rough tongue licked my cheek.

Edna set her beer on the floor and peeled the kit off my face. “Look at you, always up to something.” She placed the kit next to Mrs. Whiskers.

I sat on the chair trying to slow my breathing.

“You’re not putting the skunk stink in the beer?” I asked.

Edna smiled, “My husband tried. It was musky and not in a good way.”

I picked up her beer and drank the rest.

“Do you need another?”

“I’ve had plenty. I don’t understand why I’m not sick or drunk.”

Edna grinned, “You can’t get drunk, but it makes you feel good. That’s why the government wants it. They give the beer to soldiers. I was experimenting with a spell and we discovered the side effect. But don’t tell the government. They wouldn’t approve.”

“What do you use the skunk stink for anyway?”

I packed my tools, my head still reeling from the burst of magic.

“There’s something else I want to show you.”

I picked up Mrs. Whiskers and her kit and followed Edna to the main floor, leaving my tool bag in the basement.

She took a clipboard from a hook and pulled a picture from behind the delivery manifests. It was a picture of Edna when she was young. Her dark red hair stood out in contrast against the white barn. My mother stood next to her with the same color hair.

“My mother had red hair.”

“When she saw your magical hair, she changed. She wanted to protect you from getting hurt. She dyed her hair and never used magic again.”

Edna shrugged. “She did her best. I am not condemning your mother. I believe you deserve the truth. Using magic doesn’t mean you’re lazy. It means you’re aware and in touch with your senses and emotions.”

“When you’re ready, there’s plenty of tea and beer in the kitchen.” Edna left me alone in the barn looking at the picture of my mother with dark red magical hair.

On my way to the kitchen, I hung my baseball cap on a hook in the barn. Aunt Edna and I had some catching up to do.
I passed my hand over the keypad and locked the barn.

LC Treeheart has survived two super typhoons and paddled outrigger canoes in the ocean. She lives with her wife, Lizzy, in Oregon. They share their home with two extraordinary dogs, Pakpak and Mozart, and their grand piano, Francesca. 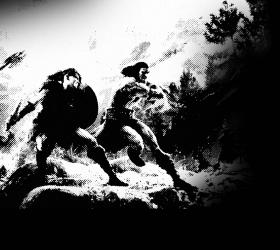 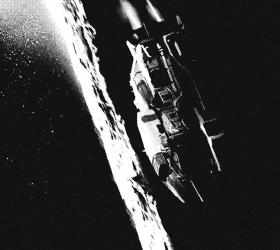 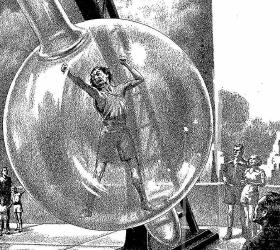