Everything You Need to Play Warhammer 40k

With a live action TV show coming by no other than Frank Spotnitz, we bring you an exclusive guide with everything you need to know to get started with Warhammer 40K.

The world of Warhammer 40k is enormous. One of the largest properties you will ever found. Its gardens blossom with novels, short stories collections, tabletop games, miniatures, roleplaying games, video games, films, music and everything you can imagine. For years, its universe has been as diverse and rich as Star Wars once used to be–prior Disney that is.

Fear not. We created this basic guide with recommendations that will not only help new players get started with the hobby but will also give those who already enjoy Games Workshop products little gems that might have flown under their radar over the years.

That said, this is not a comprehensive guide, but a peek into what we consider is some of the best that the Warhammer Franchise has to offer.

In the darkness of the grim future, there is only war.

Get the Enhanced Edition on Steam

Now, there are some games currently being released on Android and iPhone, but as far as these go, they don’t particularly make a good job at portraiting the world of Warhammer 40k, though you are welcome to try for yourself, of course.

Even a man who has nothing can still offer his life.

Warhammer 40k has some of the best Graphic Novels out there and it has been that way for years, though many players have never really bothered to read one.

by Dan Abnett and Anthony Williams 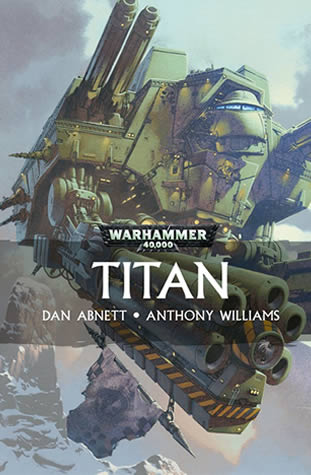 This one here has become something of a cult comic for those who do read the Warhammer comic books and graphic novels. From the website: When the ageing commander of the Warlord-class Battle Titan Imperius Dictatio dies in the heat of battle, it falls to Cadet Princeps Erwin Hekate to take control of the mighty war machine and save it – and his comrades – from certain destruction.

by Dan Abnett and Ian Edginton. 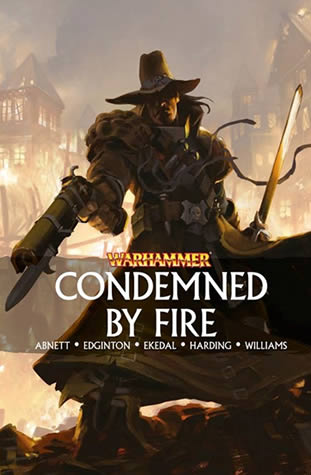 Tireless foes of Chaos in the Old World, Witch Hunters roam the Empire seeking to stop the spread of dark magic and witchery of all kinds. When Witch Hunter Magnus Gault hears that the village of Loughville has fallen prey to the canker of Chaos, he is driven to investigate. Once there, he finds the villagers wretched and mutated, transformed into agents of death and destruction eager to prey upon any lost soul who should come their way.

by Dan Abnett and Ian Edginton (plus several others). 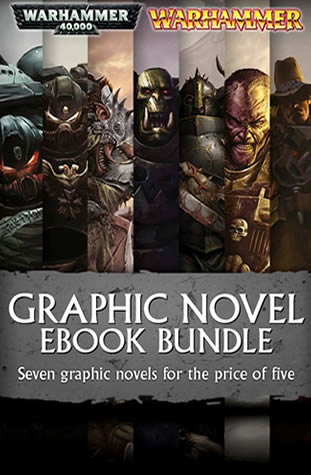 A decade ago, Boom! Studios in collaboration with Black Library authors produced a series of Warhammer 40,000 and Warhammer Fantasy Battles graphic novels. From the pious warriors of the Black Templars to the might of the Astra Militarum and the savagery of the greenskinned orks; and from a town tainted by Chaos to a vast skaven invasion, these tales have thrilled comics fans for years. And now they’re available once again, and as eBooks for the first time.

Blessed is the mind too small for doubt.

Getting into the world of the Warhammer 40,000 novelizations can be a real daunting challenge, no matter where you choose to start. There are literally dozens of novels, without including the fan-fiction stories (which are, for the most part, a very nice reading). Here are our recommendations for the best books that no doubt will get you started. 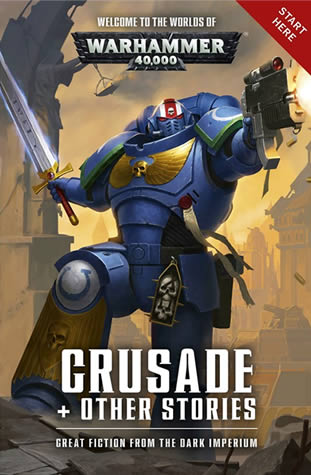 Something I wish Marvel and DC got around doing one of these days. It does save some time, especially when one needs to either catch up or recommend the hobby to someone.

From a battle between the valiant Ultramarines and their plague-ridden Death Guard foes, to tales of alien enemies and the Imperium’s many brave defenders, this anthology brings together a collection of stories perfect for learning about the various factions of the Warhammer 40,000 universe. 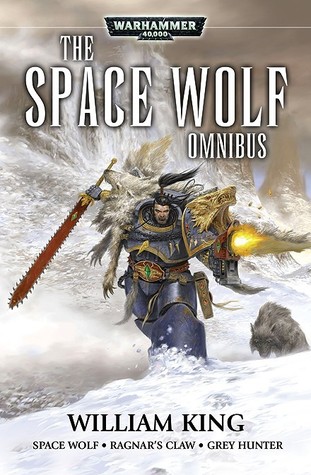 A must to everyone who wants to get started with Warhammer 40k in general. Ala Starship Troopers, we will follow the main character and learn about the world of Warhammer along with him These three classic SF stories follow the adventures of Ragnar the Space Wolf, from his recruitment by the Space Marines on the savage world of Fenris to his adventures amongst the stars.

Whether Ragnar and his friends are fighting orks, mutants, or the foul forces of Chaos, adventure is never far behind! 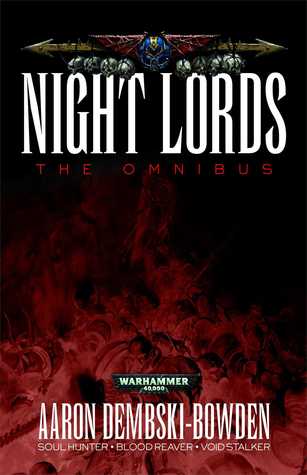 The omnibus edition of this gripping science fiction series. Guided by the visions of the prophet Talos, a warband from this sinister Legion struggles to survive in a constant war against the forces of the Imperium.

But when they come into conflict with fellow renegades and are hunted by the Eldar of Craftworld Ulthwe, the Night Lords find themselves returning to the scene of their greatest defeat and drawn into a battle they cannot possibly win. 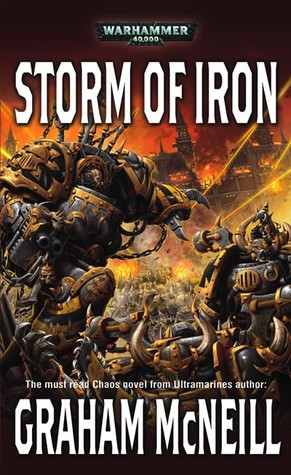 Ask people for the best Warhammer novel and Storm of Iron is most likely the answer you are going to get. On the nightmare battlefields of the Warhammer 40,000 universe, few foes spark more fear and dread than the Chaos Space Marines.

Now hell has come to Hydra Cordatus, for a massive force of terrifying Iron Warriors, brutal assault troops of Chaos, have invaded the planet and lain siege to its mighty imperial citadel. But what prize could possibly be worth so much savage bloodshed and destruction and how long can the defenders possibly hold out?

Burn the heretic. Kill the mutant. Purge the unclean.

Although Warhammer is one of the most prolific franchises in the history of science fiction, there has been, apparently, little to no interest in Hollywood for adapting this amazing universe to the big (or even the small) screen. Attempts have been made by fans, of course, but by Hollywood itself? Not until recently, when a new TV series was announced.

Ultramarines: A Warhammer 40,000 Movie might have been a direct-to-DVD release, but it deserved a theatrical one for sure. The movie is a CGI sci-fi based around the Ultramarines Chapter of Space Marines. Written by Dan Abnett, a Games Workshop Black Library author, Ultramarines was well received within the community for its production values.

On July 17, 2019, it was revealed that a live-action TV series based on the character Gregor Eisenhorn was in active development. Frank Spotnitz, a well-known producer with credits such as The X-Files, is being named as the showrunner for the series.

This is a fanmade short released back in 2018, but in its four minutes and a half has more Hollywood than many of the crap we have been seeing lately over Netflix. Hopefully, the recently announced live-action TV series will have more of Guardsman and less of Netflix for us to see.

# BOARD AND ROLEPLAYING GAMES

Success is measured in blood; yours or your enemy´s.

Back in 2008, Games Workshop partnered with Fantasy Flight Games to license a series of tabletop games, card games, and roleplaying games. Sadly, that partnership ended in 2016, which means Fantasy Flight Games discontinued most of these products and, although you may run into some of those in your local shop or a friend’s house, they are no longer supported.

Among those games, we had: 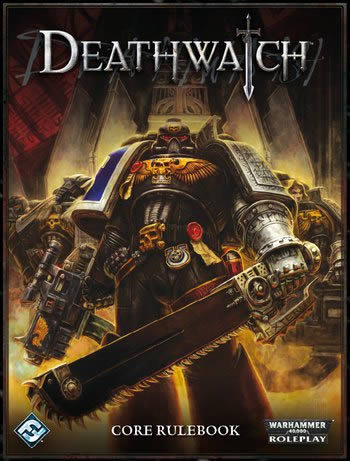 Another roleplaying game published in 2010. In the game, players could role-play as the Space Marines of the Adeptus Astartes; gene-enhanced superhuman elite combat units of the Imperium of Man. 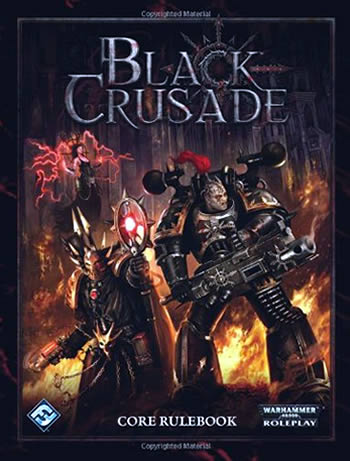 A roleplaying game published in 2011 and using the Warhammer 40,000 Roleplay system. It allowed players to play characters in the role of the villain and work against the human empire and the forces of Chaos in the sector. 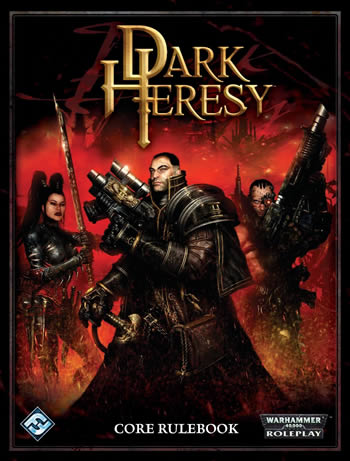 The most played of the warhammer roleplaying games. In this game, players will assume the role of a small group of Acolytes sent on varios missions by the Inquisitor in a very D&D style of game. Depending on the mission your group is sent, the gameplay can range from either combat, investigation, or a number of other genres.

Games Workshop is known for selling one of the largest variety of plastic and resin models of Warhammer 40,000 and, it might come as a shock to some, but the first round of these was made to be given away for free. Why? Well…

Long story short, back in 1982, when Rick Priestley joined Citadel Miniatures, a subsidiary of Games Workshop, he was asked to produce the design for figurines that would be given away for free for the popular roleplaying game Dungeons & Dragons. Although D&D didn’t require miniatures at all, the plan was to hook player with these free resin miniatures. The result was Warhammer Fantasy Battle, and the rest is, as they say, history.

There is obviously no better place to start than the official Games Workshop website’s guide for newcomers, where for around $8 bucks we can get ourselves a Getting Started magazine and a nifty miniature. 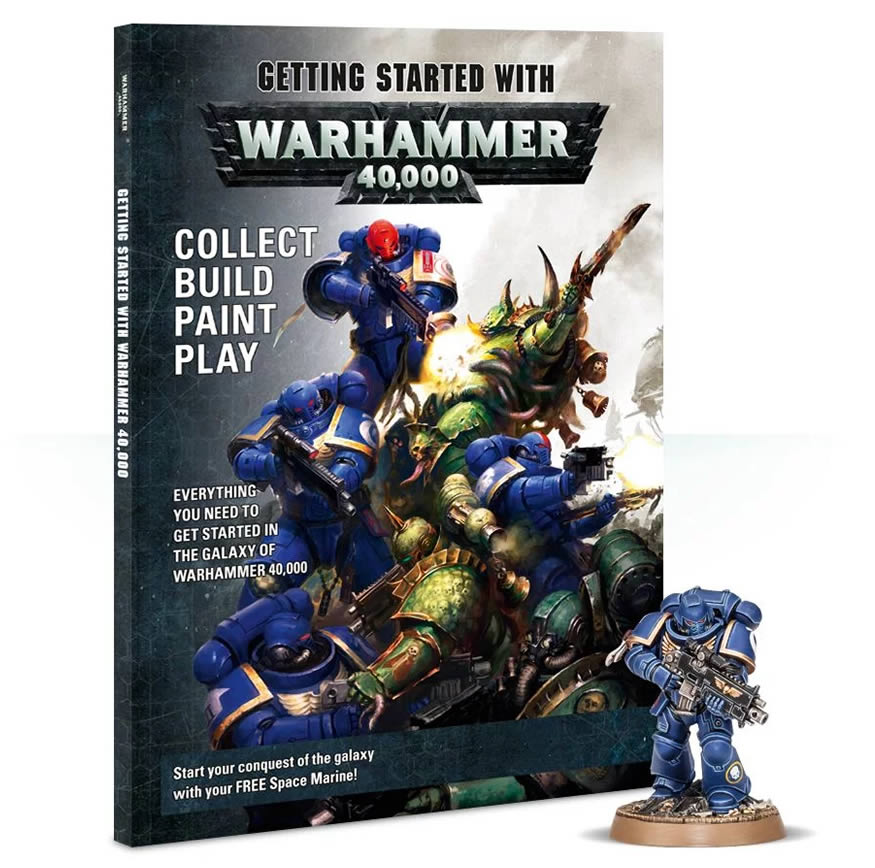 Of course, if what we want is to really get into the hobby, then the Intercessors Paint Set, for about $40 bucks, should be the first one we recommend you to pick up: 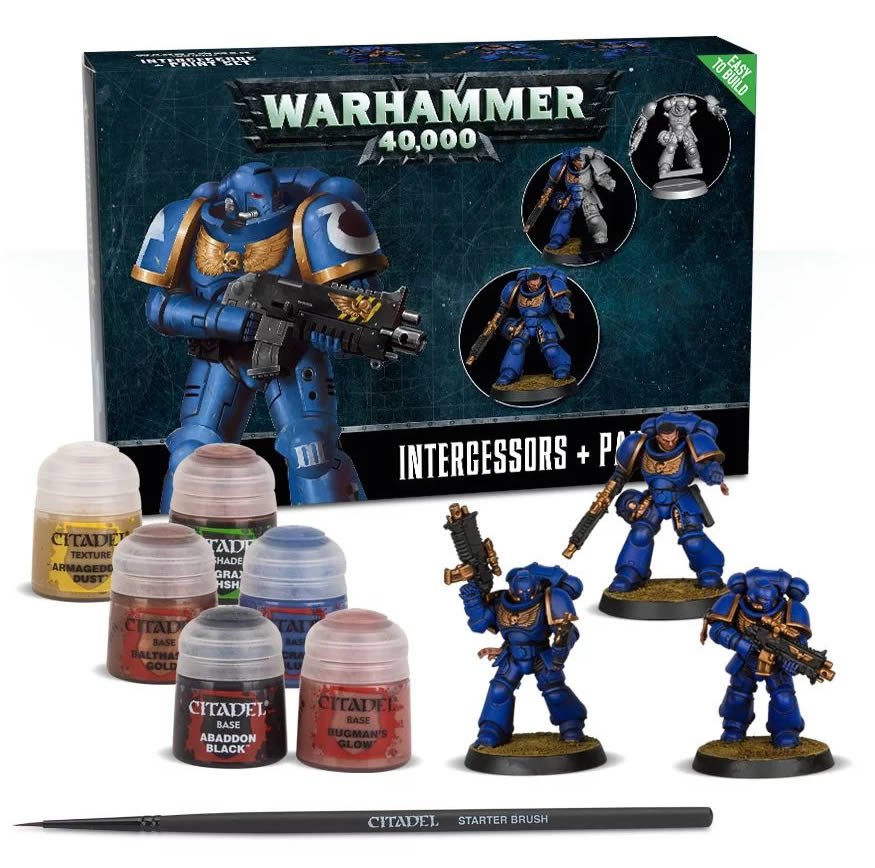 Either way, you are going to have the best time of your life, guaranteed. There is nothing in this world like a Saturday afternoon spent assembling and painting your squad of ultramarines.

Now, what are you waiting for? Get out there and enjoy some Warhammer 40k! 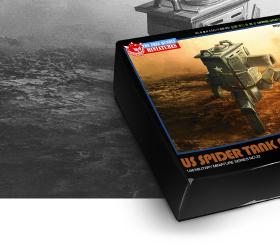 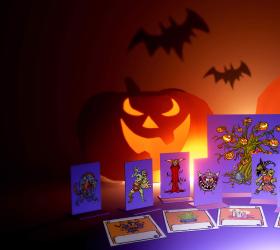 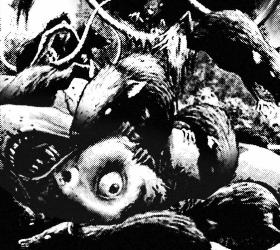 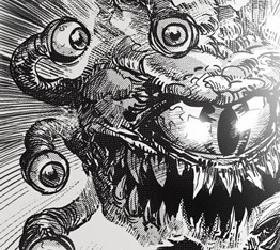 The Tower of the Beholder