Mr.Graham Smith, The Most Remarkable Man Who Ever Was - Free Bundle Magazine

The reality of life is that while some men are born into wealth and fame, others are born into complete and utter defeat. These little grey men appear to live their lives with the only purpose of witnessing how their best days go past them. That was not the case for Mr. Graham Smith.

The peculiar tale of Mr. Graham Smith was published, first, as a short story by Silver Thought Media sometime in the spring of 2013. Then, thanks to a small collaboration with a voice-over talent as a free audiobook in the first issue of the Free Bundle Magazine in November 2018. The introduction reproduced below comes from that original publication.

When I first read about Verne’s enigmatic Prince Dakkar, I could not stop thinking about him. Nemo, son of no other than the Raja of Bundelkhand and descendant of the sultan himself. What could have pushed him to leave such a life of comfort and wealth? Life for which the vast majority of men would kill to have. For what? Just to pursuit becoming the Captain of the Nautilus and, ultimately, a pirate.

Thanks to modern comic books and their film adaptations, we are now more than aware of the trials and tribulations that can turn regular men into becoming masked vigilantes. But little has been said about the circumstances in which ordinary men from classical fiction are urged to set sail for adventure.

After all, it is not hard to understand why young Edward Malone joined Professor Challenger’s expedition into the unknown, is it? But what moved the Professor into embarking himself into such a strange journey in the first place? What possessed him to become so obsessed with that “Lost World”?

Let’s take “The Traveler” from “The Time Machine,” for instance. We know little about him, only that he was an inventor. While that is more than enough to enjoy the story, we really have no clue of what happened in the life of this man that droved him into the madness of building a machine capable of traveling through time!

We know Professor Lidenbrock as a renewed geologist and mineralogist, but what was the event that made him into Lidenbrock, the adventurer? Why wasn’t that explained in “Journey to the Center of the Earth”? It is as essential as the character adventure, perhaps even more important! Would it be that Wells, Verne, and all the other masters thought that, at the time, their audiences wouldn’t understand?

I don’t blame them. It is quite easy to figure out what cursed Captain Ahab into chasing the White Whale. But to comprehend why Nemo changed his fortune for a life as a pirate, or why Dr. Moreau, a well-positioned man with a respectable career in the sciences, ended up yelling, “Lazarus, rise!” from his Mysterious Island… well, luckily, we have fiction to help us answer the hard questions.

That is why to celebrate this new Free Bundle, we present you with another surprise: a free audiobook! In this short story, published some years ago by Silverthought Press and narrated here by Roger Watson, we will explore the brief moment in which a regular man blossoms into an adventurer.

Mr. Graham Smith doesn’t know it yet, but he’s about to become the most remarkable man who ever was. 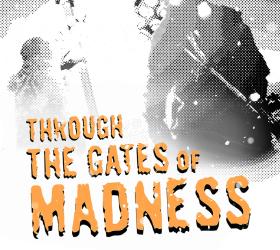