We dissect one of the master of weird fiction's most notable short stories, a tale that mixes gothic fantasy with horror: the outsider.

There is no doubt about the place H.P Lovecraft earned with his writing in the world of horror, but while many know him for his Cthulhu mythos there is yet a vast amount of material to be studied about the man. From letters to other writers, to essays on how to write terror and even travel logs he kept during his many travels.

It is because his Cthulhu mythos and Necronomicon are so strong that most people usually overlook his many works.

In that line, one of Lovecraft’s most reprinted stories is perhaps one of the least known: “The Outsider”. First published by Weird Tales Magazine (June 1926), this short story successfully combines gothic fiction, horror, and fantasy. Its epigram, taken right from John Keats’ 1819 poem The Eve of St. Agnes marks the being of a different Lovecraft story.

You can read The Outsider here.

Our nameless narrator lives secluded in solitude in what he describes to be an ancient castle in the middle of a dark forest. He has not had any human contact in his entire life, nor he has heard a human voice.

Since the castle has no mirrors, any reference he has from people comes from the many ancient books in his vast, dusty library. Surrounded by tall trees blocking out sunlight, the man dwells in eternal twilight, alone, with only critters and rats as a company.

It is no secret that the beginig of “The Outsider” was partly inspired by the opening paragraphs of Poe’s Berenice:

I know not where I was born, save that the castle was infinitely old and infinitely horrible; full of dark passages and having high ceilings where the eye could find only cobwebs and shadows.

The stones in the crumbling corridors seemed always hideously damp, and there was an accursed smell everywhere, as of the piled-up corpses of dead generations.

One day, the narrator decides to climb up the only tower that reaches beyond the tall trees and makes it outside. To his astonishment, he finds himself blinded by moonlight: his castle was buried deep underground. He stumbles his way through the empty fields until he finds a Castle he seems to recognize, although it has been altered from what he remembers.

Through the window, our narrator sees there is a ball. People dance, dine, seems to be having a good time. He walks to an open window and jumps in only to find himself in the middle of a human stampede: people are panicking over something that stands at the other side of the room.

And although I am tempted to say what it is, its best if you read The Oustider and discover it yourself. 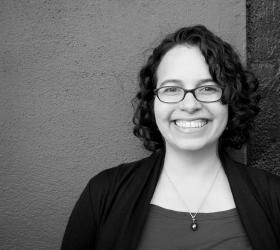 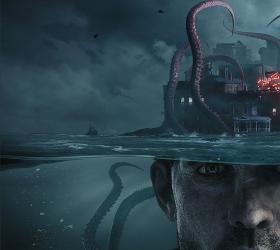