A strange door surfaces in the middle of the south pole. Nobody knows how it got there. Nobody knows what's behind. Walter Gibson, a seasoned war correspondent, will be joining a group of scientists from every nation to find out. Grab your gear and walk with him...

GEAR UP, YOU ARE NEXT. Don’t worry, though; we are not going to make you go alone. You will be going with Walter Gibson, a seasoned war correspondant and a squad of some of the best soldiers the armed forces have to offer, courtesy of the United States, China, The United Kingdom, France and others. We can’t tell you what is behind that door that popped out of nowhere in the South Pole, only that you are next in line.

You are about to listen to the first Free Bundle Originals, a series of fiction podcasts we will be releasing regularly, so subscribe to our magazine and stay tuned for more!

“Through The Gates of Madness”, Written by Javier Cabrera, with Alexander Ross as Walter Gibson and Professor Braun, Ella Moran as Helen Flinch, Jarrod Clegg as Major Matheson and Shane Csontos-Popko as Soldier #2.

Jarrod Clegg Jarrod Clegg is a Toronto-based Texan making his way in front of the camera and behind the mic. https://youtu.be/76BmenDnyK8 (Demo Reel). 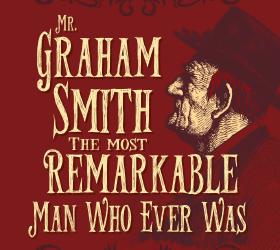